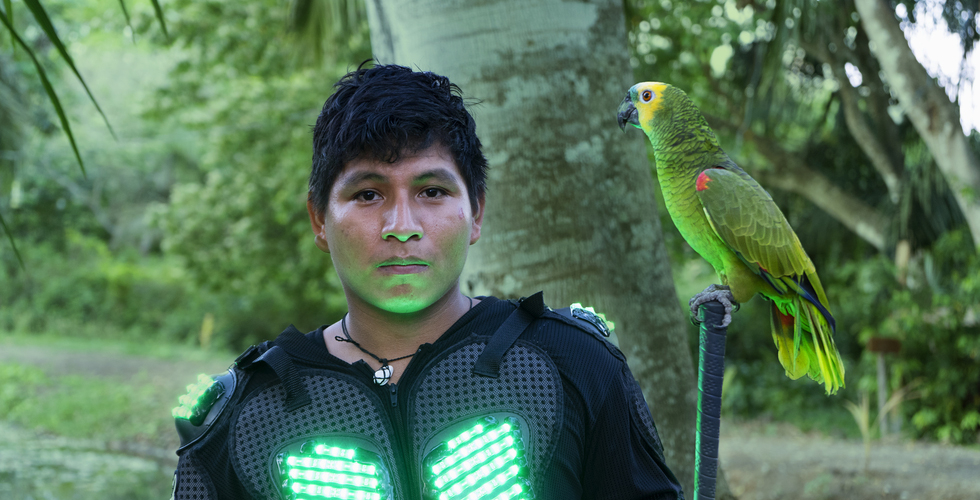 Fuelled by collaboration with dancers, writers, researchers and craftspeople, her installations often take the form of intricate set designs, theatrical props, soundtracks and scores for a live performance that doesn’t yet exist, and where the viewer is invited to take centre stage. Calling herself a ‘dishonest researcher’, Azpilicueta navigates across multiple geographies, chronologies and fields of knowledge, ranging from literature and art history to popular music and street culture, in a loving pursuit of subversive and contested historical figures —queer, feminist, exiled and unheard voices from the past— who haunt her videos, sculptures and textiles.

The exhibition at Gasworks offers a speculative vision of Catalina de Erauso, a 17th-century nun from the Basque Country who travelled to the New World, where s/he lived under male identities and became a ruthless lieutenant in the Spanish colonial army. Azpilicueta’s show presents newly-commissioned Jacquard tapestries alongside a new body of sculptures, costumes and props.  Mercedes Azpilicueta’s exhibition is commissioned and produced by Gasworks. Gasworks commissions are supported by Catherine Petitgas and Gasworks Exhibitions Supporters. — Mercedes Azpilicueta is an artist born in La Plata, Argentina.

This website uses cookies to improve your experience. We'll assume you're ok with this, but you can opt out if you wish. Read more