The birth of Vauxhall Pleasure Gardens

The birth of Vauxhall Pleasure Gardens

Vauxhall’s offbeat spirit has lived strong in the area from one generation to the next. But where does it all come from? How did the soul of our neighbourhood come to exist, and what has it got to do with King Charles II?

Vauxhall London was an area of green space until relatively late considering its central location within the London landscape that we recognise today. Prior to the explosion of the Pleasure Gardens in the 18th century it was known as a pleasant and green space. The majority of London’s inhabitants were more commonly found between the spaces now known as the West End and the City of London.

Outdoor spaces had become fashionable in the early part of the 17th century, so much so that James I had created a hub for aristocracy to walk in London in an area he named ‘Hyde Park’ in 1635. This fashion for green spaces continued apace during and after the Restoration, and it was soon imperative to ensure that English society could enjoy itself more so than the French courts that had become famed across Europe.

In 1661, the French welcomed the opening of the Vaux-le-Vicomte, a garden and chateau that lives on today, created for Nicolas Fouquet, the superintendent of finances for King Louis XIV. It’s unlikely that the ‘New Spring Garden’ that opened in Vauxhall the same year was pure coincidence, with King Charles II leading the fashion of public entertainment.

One of the earliest records of a visitor to the gardens was John Evelyn, who scribed his visit on July 2nd 1661, describing it as ‘a pretty contriv’d [well designed] plantation’. The most famous early records of the space are from none other than London diarist Samuel Pepys, who recorded his visit in 1662, commenting ‘and so to Fox-Hall, where with great pleasure we walked…and there sat and sang, and brought a great many gallants and fine people about us; and upon the bench we did by and by eat and drank what we had, and very merry’.

It was to become a place for high society to be seen, to relax and to enjoy their new-found ‘leisure time’, a concept that would develop further over the course of the 17th century as the middle classes grew. This period saw a sense of innocent fun that would pave the way for the Pleasure Gardens of the 18th Century, a slightly more raucous affair.

Discover one of the many feats and tall tales of the Pleasure Gardens by reading our story of Charles Green’s world record attempt in 1836, and keep an eye on our social channels (Facebook, Twitter & Instagram) or our newsletter to be first to read more of the magical stories that live within the roots of Vauxhall! 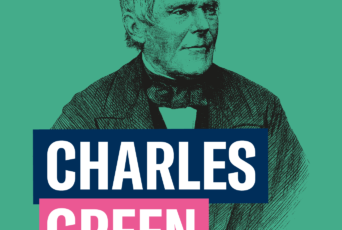 The tale of pioneering aeronaut Charles Green and his world-record long-distance balloon attempt in 1836, that set off from Vauxhall London. 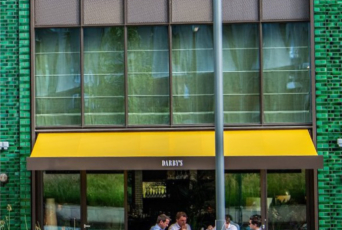 Alfresco in Vauxhall. Where to go?

With lockdown finally eased, we’re all looking forward to more outdoor meetups in Vauxhall with friends and family. If you’re... 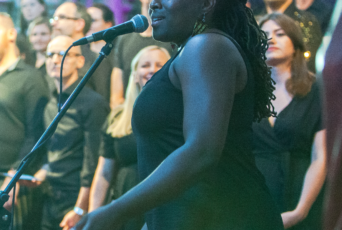 Staying sane during lockdown by singing

Did you know that singing in a choir has been proven to lower cortisol, which in turn relieves stress and...