Nico, 30, who lives in Oval, decided to start in his local area and was lucky enough to interview several people from Bonnington Square who lived there throughout its incredible history and in a separate podcast he talks about the Oval Gasholder.

He told us, ‘I love Vauxhall because it’s very central and yet it isn’t. It’s somewhere that isn’t well known as a “destination” for most Londoners. It’s somewhere people travel through… but under the surface there is so much to be discovered: old squats that have become communities (Bonnington Square, Pullen Yards), remnants of the industrial era (Oval Gasholders), beautiful and historic squares (Cleaver Square, Albert Square), art galleries (Beaconsfield, Gasworks, Newport Street Gallery), and even the distillery which produces every sip of Beefeater Gin there is to drink in the world.’

Nico and his girlfriend heard about the Bonnington Café and went to eat there. They strolled around the square and were in awe. It looked like nothing else they had seen in London with all the tropical plants, a delicious Italian deli and two community gardens (one of which slightly hidden, that you have to enter through a building). For them, it felt intimate, quiet and miles away from the roar of traffic coming from South Lambeth and Harleyford roads.

He knew this one small section of Vauxhall could become a fascinating subject; beneath the surface, the history is fascinating.

Lockdown wasn’t so bad for Nico. His silver lining was spending a lot more time locally. Even though holidays were cancelled people became more curious about their surroundings. He couldn’t discover a new part of the world so he discovered new parts of the UK, London, Lambeth and Vauxhall. Maybe that “micro-tourism” phenomenon is a really positive thing.

In 2021, Nico, like us all, would love to get back to normal. He hopes to produce many more Citybites episodes, extending beyond Vauxhall and covering many other interesting places!

Check out the Bonnington Square episodes (it’s a two-parter!) of the Citybytes podcast on the Acast, Apple or Spotify platforms. 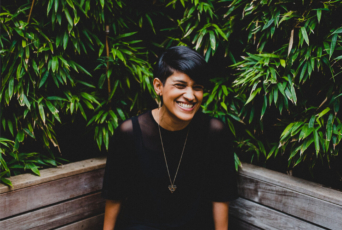 Meet Hema Sabina Kalia. Not only is she an incredible cook, food photographer and retoucher, she’s also a local for... 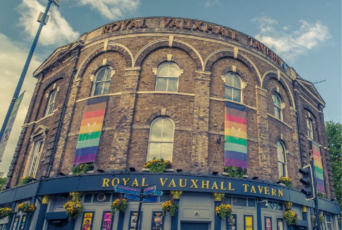 As part of our celebration of Vauxhall during LGBTQ+ History Month, we handed the reins over to a local. So... 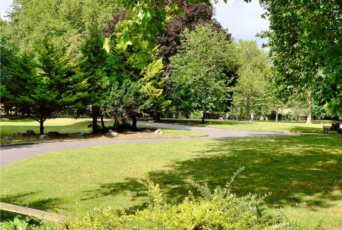 Parks have become central to our lives in 2020. As if we hadn’t appreciated them previously, they’ve now been our...