Born in Grangemouth in 1920, Alan Davie was one of the first British artists to explore Abstract Expressionist forms and techniques. Linked to the Scottish Renaissance movement – a group of poets, musicians and artists who emerged in the first half of the twentieth century – Davie’s work was informed by his interest in tribal and ancient art (evident in works such as The Bird, 1954) as well as Zen Buddhism.

The earliest paintings in ‘Cradle of Magic’ date from Davie’s formative trip around Western Europe, undertaken on a travel scholarship in 1948. There, he was astounded by the beauty of Byzantine and Romanesque art, which he linked to the Celtic tradition. He also attended the first post-war Venice Biennale, where he was introduced to the work of the American Abstract Expressionists – Pollock and Rothko among others.

Davie worked rapidly on the studio floor using homemade paints to produce vibrantly coloured shapes, signs, words and biomorphic forms. He wrote that the spontaneous exploration of the magical possibilities of colour was ‘perhaps the most important element in my painting (and indeed my life)’. His work of the late 50s and 60s balances gestural improvisation – heavily influenced by free jazz – and bold, ambiguous, symbols (Insignias of the Gannet People, 1958). Adopting a form of automatism, Davie noted in 1959: ‘Painting has taught me much, mainly that it is impossible to paint a picture and that if a picture is to be, it must happen in spite of me rather than because of me.’ Throughout his life, Davie maintained a profound connection with his Celtic origins, which manifested in his attitude towards nature: the desire to be at one with it rather than to control it.

Over a long and prolific career, John Bellany came to be considered one of Britain’s foremost figurative painters. Born in the small fishing town of Port Seton in East Lothian, where Calvinism was deeply engrained, Bellany described the relationship between the sacred and profane as being among his most important subjects.

‘Cradle of Magic’ spans three decades of Bellany’s practice. Eschewing straight-forward narratives, he worked intuitively and unceasingly; his paintings balancing the uncanny, joyful and violent in powerful and original ways. His imagery – ghoulish hybridised creatures, fishermen and the sea, chained couples (The Couple, 1968) – recurs, with figures appearing in multiple canvases as if at different stages of a journey.

The exhibition’s earliest Bellany work – The Crucifixion, 1963 – dates from his time at Edinburgh College of Art, where he obsessively reimagined Old Master paintings by Grünewald, Bellini and Rembrandt among others. In these ‘transcriptions’, religious and classical subjects were recast according to the artist’s memories and experiences: bloody, gutted fish replacing the three figures in The Crucifixion. He explained: ‘You look at the place you come from with such intensity that the painting has a meaning that is universal.’

The 70s and 80s present a darker period for the artist. The profound impact of a visit to Buchenwald concentration camp in 1967 is immediately evident in major paintings such as Pourquoi?, 1967. The spectre of depression, alcoholism and physical illness, with which Bellany wrestled throughout his life, is also felt in intimate works such as Addenbrookes Hospital – Self-Portrait, 1988, sketched from the artist’s hospital bed following a liver transplant. Bellany’s 1989 portrait of Alan Davie, whom he greatly admired, is also included in the exhibition. 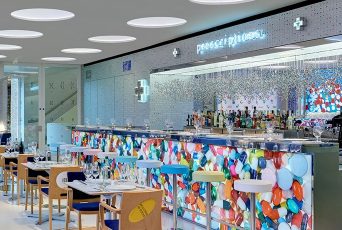 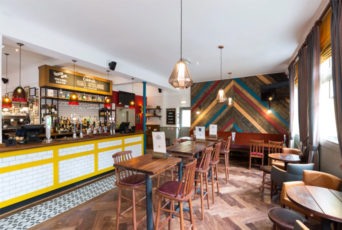 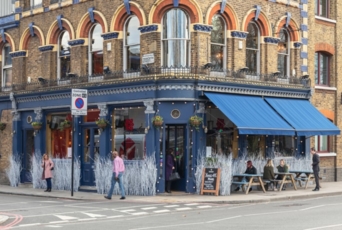 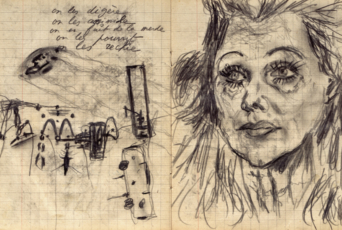 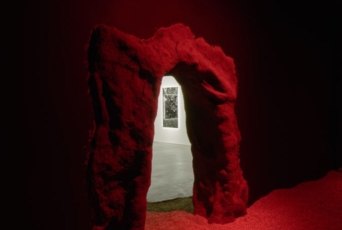 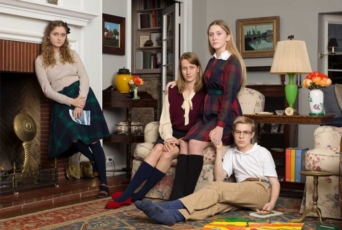