At the forefront of a new generation of wind soloists, Adam Walker was appointed principal flute of the London Symphony Orchestra in 2009 at the age of 21 and received the Outstanding Young Artist Award at MIDEM Classique in Cannes.

In 2010 he won a Borletti-Buitoni Trust Fellowship Award and was shortlisted for the Royal Philharmonic Society Outstanding Young Artist Award.

Born in 1987, Adam Walker studied at Chetham’s School of Music with Gitte Sorensen and the Royal Academy of Music with Michael Cox graduating with distinction in 2009 and winning the HRH Princess Alice Prize for exemplary studentship.

Join us for the music of Adam Walker joined on stage by pianist and festival creator Fiachra Garvey on Saturday 08 February at the Garden Museum, Vauxhall.

The bar will be open throughout the evening, so grab a drink and bring it into the performance. 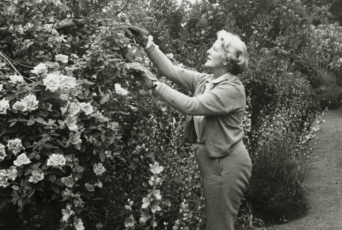