The much loved Royal Vauxhall Tavern is one of London’s most Iconic award-winning cabaret, performance and club night venues which is once again the venue of choice for many leading artists, promoters and the LGBT community. RVT was made an asset of community value in 2015, Awarded Grade II listed status in 2016 and designated Sui Generis in 2017.

Open 7 nights a week globally famous the Vauxhall Tavern provides a fun, safe, secure and welcoming venue. It’s an attitude that has kept them thriving since 1862. Opening shortly after the Pleasure Gardens closed its doors, and very much keeping the essence of the area alive ever since.

A vibrant and successful independent company who consistently provide a diverse What’s On programmes of events in London. Paul O’Grady (Lily Savage) took to the stage in the late 1990s and more recently artists Bucks Fizz, Gabrielle, S Club, T’pau, and Toyah. Helen Mirren and Princess Diana are just two names to have frequented these famous doors, bringing Freddie Mercury or their stepsons with them. It truly is Vauxhall’s colourful history all in one building, and every night hosts something equally wonderful to enjoy.

Regular club nights include Duckie, Amy Lamé‘s event that has won Olivier awards and promotes good nights out and culture clubs that bring communities together. Push the Button is the regular dose of pop everyone needs to feel a little better about the world. The Big Bingo Show does just that, with drag stars making things more glamorous than a night at Gala Bingo. In essence, there is a night for everyone at the Vauxhall Tavern.

The team are also behind the first UK ParaPride, held at the RVT for the last two years. Their Sports Day dates back even further, hosted annually since the early 1980s. Events include the ceremonial handbag throw and a relay drag race!

No visit to vibrant Vauxhall or London would be complete without a visit to the famous Royal Vauxhall Tavern. 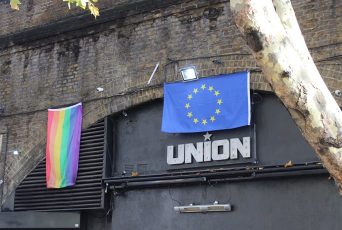 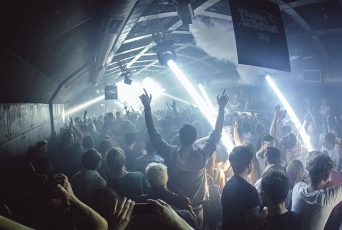 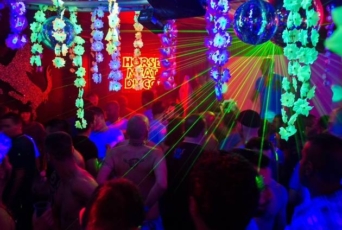